I used to be a complete disbeliever of love. I thought the concept of caring that much was unrealistic and I saw myself only as a heartless zombie… that is, until I met Tanner. He made me fall in love with him first, and then he taught me what it’s like to fall in love with your life.

Tanner and I met, 5 years ago this week, at the ICU World Championship in Orlando, FL. He was on Team USA Coed (pre-name change to US National Team) and I was representing USA in the All Girl Partner Stunt division. He was so kind to everyone, including me (even though I dropped and had my worst day ever).

We would end up dating exactly one year later– almost immediately after taking the floor at the ICU World Championship again in 2015, still dressed in USA uniforms, watching the competition finish up from the bleachers.

Since this was during my senior year at Hofstra, we willingly committed to a long distance relationship (something unfamiliar to both of us– the reason I always say, “distance picks you”) while Tanner lived in Texas. We had the summers together, but not much else. 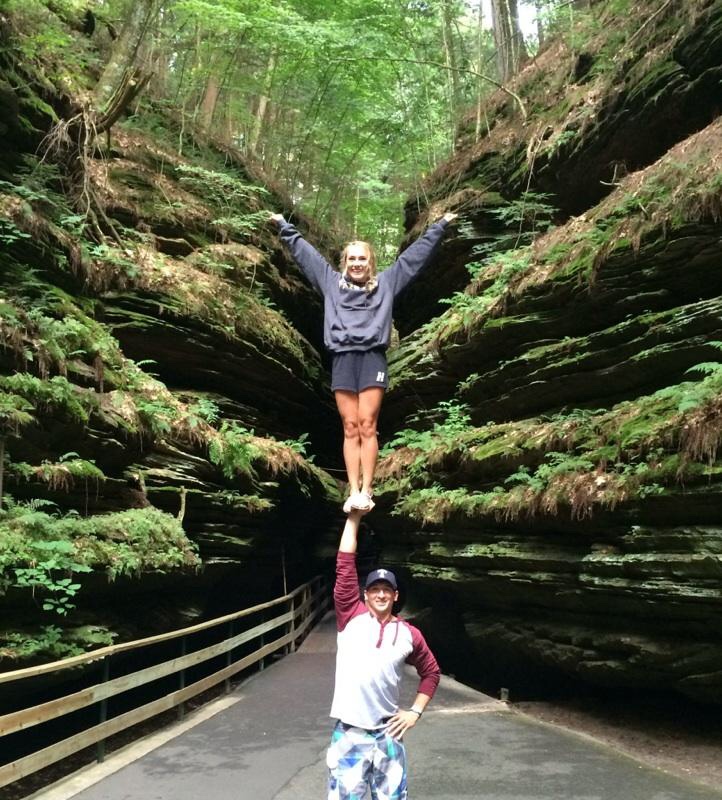 We both relocated to different states after that summer traveling as a couple, but continued our long distance (5-6 hour car ride) between Memphis, TN and Baton Rouge, LA. This was a really, really hard time for us. We were constantly angry when we weren’t able to see each other all the time but chose to work through it for the sake of our careers. I’m not sure how we lasted through a year and a half of distance, but I’m ~obviously~ glad we did.

When we finally moved into our Memphis home together, we started practicing extreme gratitude for each other and our lives. We knew how much it sucked being apart and we never lost sight of how thankful we were to be finished with the long distance. We’re still as grateful to this day. 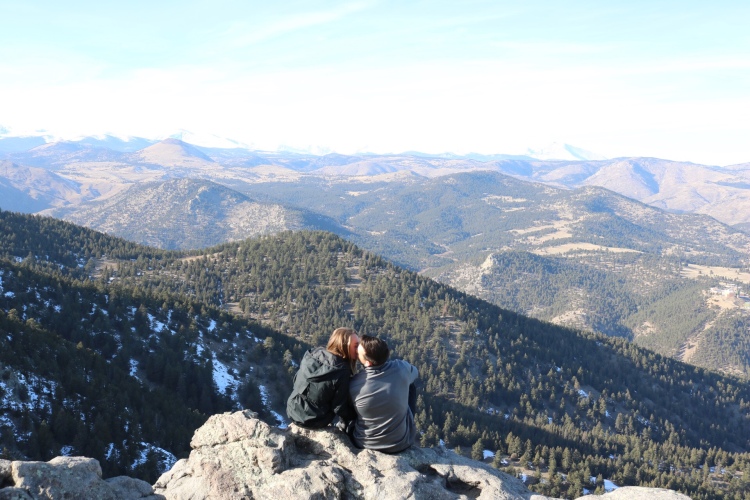 From Memphis to Colorado, a few job/lifestyle changes, and FOUR YEARS of adventures later, we are no longer competing in cheerleading and we’re focused on our future together. I can’t say everyone will be as lucky as I’ve been to co-exist with someone exactly like you, but there’s definitely hope in the unexpected. Tanner is everything I could ever ask for in a significant other– he is healthy, kind, ambitious, and he inspires me to be better.

I feel lame for writing a mushy blog like this, but I felt obligated to share a positive story of a girl who has divorced parents, gave up on the idea of love completely, imagined an independent life, and then all at once, rejected those negative ideals with the help of someone great.

That, and a tiny flex on how happy I am with this cutie.

I love you, Tanner Lyday!!! Happy FOUR YEARS, it feels like nothing and forever all at the same time 🙂

-Kaitlyn (what Tanner calls me lol)